Here are two supplements that can be used to help cancer patients reduce side effects during chemotherapy.

Ginger for nausea and vomiting

Ginger is a traditional plant used as a spice and herbal medicine. Its pharmacological benefits are mainly attributed to gingerols and shogaols. 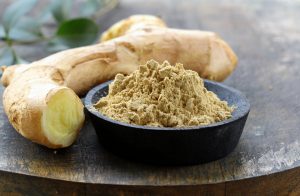 Researchers have found that ginger shows good performance in relieving nausea and vomiting of many causes. Some clinical studies indicated that ginger consumption could help reduce chemotherapy-related and postoperative nausea.

Ginseng is a well-known fatigue reducer that has been used to increase resistance against fatigue for thousand of years. 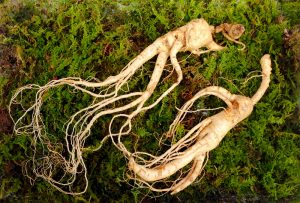 A Mayo Clinic Cancer Center-led study found that ginseng can help relieve chemotherapy-related fatigue. The study was published in the Journal of the National Cancer Institute.

Researchers designed a double-blind trial to investigate the efficacy of ginseng on cancer-related fatigue. A total of 364 participants suffering from fatigue after chemotherapy were divided into the ginseng group and the placebo group. Participants in the ginseng group received 2,000 mg of American ginseng (3% ginsenosides).

The study results showed that participants undergoing ginseng treatment had statistically significant improvement in fatigue at both 4 and 8 weeks.

In addition to the role shown above, ginger and ginseng have more health benefits like appetite enhancement and immune boost. Cancer patients can take some ginger and ginseng products to reduce chemo side effects after speaking to doctors.

Absorption shall also be taken into account. For example, ginseng powders are not good choices because they mainly contain prototype ginsenosides that are hardly absorbed by the human body. In contrast, ginseng supplements containing rare ginsenosides are good options for their high absorption.