Esophageal cancer is one of the most prevalent malignant tumors, with a high morbidity rate among people aged 50 to 70. Esophageal cancer shows subtle symptoms in the early stage. Thus, it is usually ignored until it develops into advanced cancer. 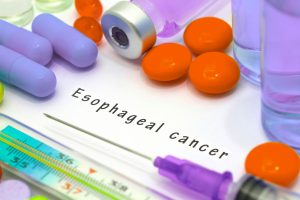 Important symptoms of esophageal cancer in the early stage

The body changes below are common symptoms of early-stage esophageal cancer. With great care, this cancer will be likely to be found at an early stage.

Firstly, feeling of getting stuck when swallowing food

This symptom generally happens when swallowing solid food. This symptom can disappear by itself or by drinking some water. However, it can repeat after several days with increasing times of more severe feeling of getting stuck.

This feeling often occurs when swallowing food. It can be burning-like, acupuncture or friction-like pain. When swallowing overheated and strong irritative food such as pepper and spirits, the pain increases. Once swallowing is completed, the pain disappears. This pain is slight in the initial stage and appears less frequently. However, it increases gradually and repeats. About 50% of patients with early esophageal cancer have this symptom.Secondly, feeling chest pain when swallowing food

This feeling usually happens in swallowing. Some patients do not swallow but also feel something inside the esophagus, as if there is food residue attached to the esophageal wall. Although feels no pain, it is not comfortable.

30% of patients often feel dry and tight in the throat,  which is especially obvious when swallowing solid food. This symptom often occurs with a mood fluctuation.

People over 40 years old, especially men, should pay more attention to these symptoms. An early diagnosis and an early treatment of esophageal cancer can significantly improve the treatment efficacy.

A barium swallow is a radiographic (X-ray) examination of the upper gastrointestinal tract. It can determine whether the esophagus is damaged, the site and the extent of the damage.

Esophagoscopy is a procedure in which a flexible endoscope is inserted through the mouth. esophagoscopy can evaluate the invasion of esophageal cancer into the esophageal wall and surrounding organs and local lymph nodes with or without swelling and metastasis.

In addition to early detection, early diagnosis, and early treatment, the review is of great importance to obtain the best therapeutic efficacy. Timely detection of tumor metastasis, recurrence or other circumstances is good for timely and correct treatment.

Drug resistance of cancer cells leads to huge difficulties in cancer treatment.  Cancer cells have the ability to improve their immune gradually and become increasingly insensitive to drugs. Radiotherapy is one of the most common therapies that are subject to radiation resistance. However, the study found that Rare ginsenoside Rg3 enhances radiation sensitivity of esophageal cancer. 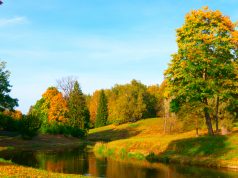