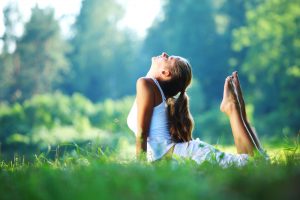 Breast cancer has reportedly been the second biggest threat to woman health and a large number of women are haunted by this horrible disease. Chemotherapy, one of the commonest options for breast cancer treatment, is effective but the frequent use can lead to drug resistance as well as many side effects. For this reason, scientists are consistently on the lookout for the better.

The cell cycle is the series of events that take place in a cell leading to its division and duplication of its DNA.The study found that the Rg5 treatment can induce breast cancer cells arrest in the G0/G1 phase of cell cycle, thus inhibiting the proliferation of breast cancer cells.

Apoptosis is a process of programmed cell death that occurs in multicellular organisms. The study found that ginsenoside Rg5 can regulate the apoptosis-related proteins and fuel breast cancer cell apoptosis. The effect of ginsenoside Rg5 on inducing breast cancer apoptosis presents a dose-dependent relationship: the higher the dose, the stronger the ability to induce apoptosis.