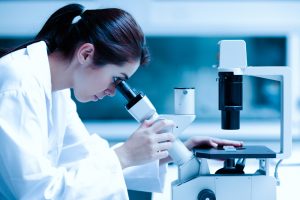 Chemotherapy is currently one of the most often used anticancer treatments in clinical practices. Despite brilliant contributions to combating cancer cells, this treatment still faces side effects. More noticeably, A frequent use of anticancer drugs will lead to an insensitive response to cancer cells, just as bacteria gradually develop a resistant propriety to antibiotics. Faced with this tricky challenge in treating cancers, a huge number of researchers are all along working on the study of how to deactivate drug resistance limiting the efficacies of chemotherapy.

P-glycoprotein, known as multidrug resistance protein, is served as a carrier in humans which transports a wide variety of substrates across extra- and intracellular membranes. Unfortunately, some pharmaceutical drugs, a potential substrate, are pumped out, thus leading to a difficulty in drug absorbency and resistance. Some cancer can express large quantities of P-glycoprotein which make poor performances of anticancer drugs.

Inspiringly, Some drugs reportedly can inhibit P-glycoprotein and ginsenosides show this possibility. South Korean researchers from Department of Pharmacology, College of Medicine, Chosun University explored whether or not ginsenosides could reverse multidrug resistance mediated by P-Glycoprotein. They chose the daunorubicin- and doxorubicin-resistant acute myelogenous leukemia sublines (AML-2/D100 and AML-2/DX100) to test the effect of ginsenosides, finding that PPT Ginsenosides showed cytotoxicity in both sublines and were able to reverse resistance in the AML-2/D100 subline in a concentration-dependent manner.