Sun ginseng can potentiate the epirubicin and paclitaxel-induced apoptosis in human cervical cancer cells, according to a study by Jilin University researchers that was funded by the National Nature Science Foundation of China. 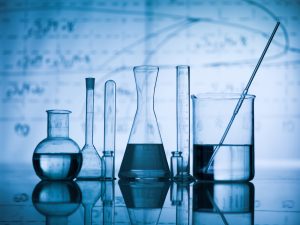 As is known, chemotherapy is the only standby for cancer therapy and cytotoxic agents are effective against cancer but cause serious damage to normal cells. Among them are epirubicin and paclitaxel which are two widely used cancer drugs but exhibit some adverse effects on the blood, the stomach, and the heart. Based on this, scientists have made efforts in finding out medication to enhance the anticancer activities of the drugs and reduce their adverse effects.

In addition, in order to examine whether sun ginseng enhances the efficacy of clinical anticancer drugs, researchers made groups of controlled experiments. Half-maximal inhibitory concentration (IC50) values of epirubicin or paclitaxel were placed into three cancer cell lines (HeLa, SW111C, and SW480), either alone or with a subtoxic concentration of sun ginseng. The results indicated that sun ginseng can significantly increase the cytotoxic efficacy of epirubicin and paclitaxel in all three cancer cell lines.

As the study showed, cotreating cancer cells with sun ginseng and clinical drugs is expected to be a new strategy for enhancing the efficacy of current chemotherapies and the development of sun ginseng as a new adjuvant drug for cancer therapy also shows great potential.