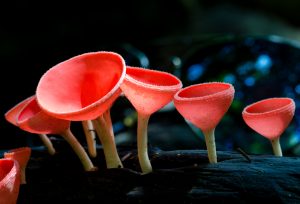 Neovascularization is one of the prerequisites for the rapid growth and metastasis of solid tumors. The new vessels generated transfer abundant oxygen and nourishment to tumor cells, and tumor cells will spread to other parts of the body and become malignant ones. For this reason, scientists look at preventing and intervening the neovascularization in the study of tumor prevention and treatment.

Ginsenosides are active ingredients extracted from Araliaceae plants, which have anticancer activity. Scientists have made detailed research in the effects of ginsenoside Rg3 on inhibiting the growth and the neovascularization of tumor cells through a large number of animal experiments.

As the result show, ginsenoside Rg3 can significantly improve the immune function of normal mice and tumor-bearing mice and prolong tumor-bearing mice’s lifespan, showing synergism and attenuation actions with radiotherapy and chemotherapy.