Vitamin D is a well-known fat-soluble vitamin that plays a significant role in helping intestinal membrane cells better absorb calcium and phosphorus to support bone formation and growth. Vitamin D deficiency in the human body can cause rickets.

Recent cancer research is expanding the roles of vitamin D. Many studies suggest that vitamin D could prevent various types of cancer in which vitamin D is mediated by its receivers to induce the death and spread of tumor cells.

In particular, the researchers aimed to determine the factors that influence 25(OH)D3 levels six months after diagnosis.

Demographic and lifestyle factors, as well as clinical characteristics, reportedly contribute to changes in 25(OH)D3 levels. The researchers involved 25 potential factors including

Vitamin D intake from diet or supplements, uses of calcium supplements, MBI and tumor stage were associated with 25(OH)D3 levels at both diagnosis and six months after diagnosis.

Patients receiving chemotherapy showed a significant decrease in 25 (OH)D3 levels, compared to those undergoing surgery only.

Researchers concluded that vitamin D supplement use and treatment types of colorectal cancer may be consistently linked with 25(OH)D3 levels in the first six months after diagnosis.

Though patients given chemotherapy treatment had a larger decrease in 25(OH)D3 levels, the researcher didn’t advise giving Vitamin D supplements because it is still not clear whether these changes would bring short or long-term health effects.

However, it is indeed necessary to ensure enough vitamin D intake, given that vitamin D deficiency has also been found to be likely associated with some malignant tumors, including colorectal cancer, breast cancer, etc.

In the study, the use of vitamin D and dietary vitamin D intake were statistically significantly associated with higher 25(OH)D3 levels at diagnosis and six months after diagnosis, which indicates the benefits of vitamin D sufficiency in our daily life. 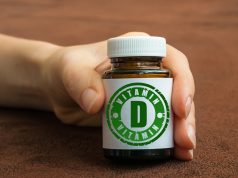 Vitamin D does not prevent cancer or cardiovascular disease 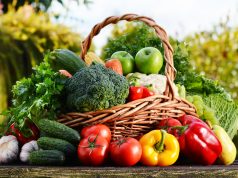 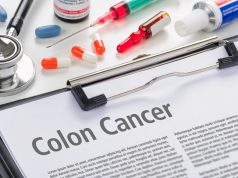