Lung cancer is the top leading cause of cancer death in the world. Despite huge advances in lung cancer medicine development in recent years, there is still a need to find potential advantageous agents to improve the therapeutic efficacy among lung cancer patients.

Ginsenosides may be a promising treatment for lung cancer. According to a recent study published in the journal Experimental and Therapeutic Medicine presents that ginsenoside Rh2 inhibited the proliferation and invasion of lung cancer cells.

As the main pharmacological active substances in ginseng, ginsenosides are responsible for a variety of health-promoting benefits, including antioxidant, anti-inflammatory, and antitumor activities. Ginsenoside Rh2 is a rare ginsenoside which has much higher bioactivity than naturally occurring ginsenosides such as Rb1, Rb2, Rg1, etc. in ginseng. 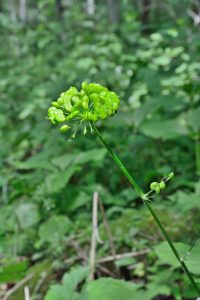 As for possible mechanisms, researchers focused on investigating the expression of Wnt and Hh signaling markers, two of which have been well documented to associate with cancer development and progression.

Some critical findings from the experiments include:

In the investigation on the possible mechanisms of how ginsenoside Rh2 inhibited the proliferation in A459 lung cancer cells, researchers found that ginsenoside Rh2 might activate α‑catenin phosphorylation to suppress Wnt and Hh signaling genes so as to achieve anti-proliferation effects.

The study is significant in helping expand our understanding of the molecular mechanisms of ginsenoside Rh2 in lung cancer cells.

The researchers also stated that there still needs further research to investigate the regulatory model of ginsenoside Rh2 on Wnt and Hh signaling pathways.