The ginsenosides are important constituents in Araliaceae plants like Panax ginseng and American ginseng, showing active anticancer efficacy. Scientists found that the transformation of ginsenosides can bring more bioactivities in combating cancer. In order to distinguish from their prototypes, those transformed are called “rare ginsenosides”. The most well-known ones are Rh2 and Rg3 which are the most studied and used ones for medical use.

Rare ginsenosides are not limited to Rh2 and Rg3

What is the cisplatin-induced nephrotoxicity?

Cis cisplatin, short for cisplatin, is a chemotherapeutic drug approved by the U.S. Food and Drug Administration (FDA) in 1978. It is widely used in the chemotherapy for many cancers, including bladder cancer, cervical cancer, esophageal cancer, head and neck cancer, ovarian cancer and prostate cancer. Despite its good chemotherapy effects, cisplatin has some side effects such as nausea, vomiting, digestive diseases, ototoxicity, and nephrotoxicity.

Cisplatin-induced oxidative damages can lead to the occurrence of nephrotoxicity. In reality, the damages of cisplatin to the kidneys have limited its clinical use. Cisplatin preferentially accumulates in proximal tubular cells and induces acute kidney injury (AKI) such as renal cell death, inflammatory tissue injury and renal failure by inducing oxidative damage, which eventually leads to loss of renal function. This is what scientists call “nephrotoxicity”. 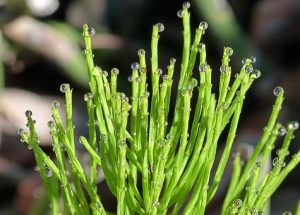 Scientists in experiments explored the effects of rare ginsenosides Rk3 and Rh4 on cisplatin-induced nephrotoxicity in vitro and in vivo.

Based on the efficacies of Rk3 and Rh4 against oxidative damages, scientists get aware of their potential to be antioxidants. Meanwhile, their significant protective effects on the kidneys indicate that they can be used in adjuvant therapies to reduce the nephrotoxicity for cancer patients during cisplatin chemotherapies.

Ginsenosides Rk3 and Rh4 show their potential for medical application due to their remarkable anticancer efficacy. The supplements containing Rk3 and Rh4 are available now on the market.